Izuminka is a fashion expo that features international designers, stylists and models hailing from European countries. These talented artists and performers will share their inspired skills during the awards ceremony of the International Peace & Film Festival. The show includes local design collections and a national costume walk on the runway to commemorate the countries participating in the film festival.

Izuminka at the 2020 International Peace and Film Festival

Order a Printed copy and it will be sent directly to your mailbox. When placing an order, we recommend the options: Magzine, Medium Size, Full Color

For those not familiar with the original Izuminka held in November 2014, it was an elegant community event featuring 50 models from East European heritage wearing collections from local and national designers. The East European community united, volunteering their skills in makeup, hair, art, performances and design. The event attracted celebrities, politicians and diplomats, as well as a supportive Russian speaking community.

Learn More About Becoming a Sponsor

The show will be made up of five segments as follows:

Based on the dimensions of the Cinepolis IMAX theater, guest seating will accommodate maximum viewing of events, films and filmmaker interviews.  Vendor spaces will be placed to allow interactive or trial exhibits such as massage, makeup or fitness related specialties around the room. 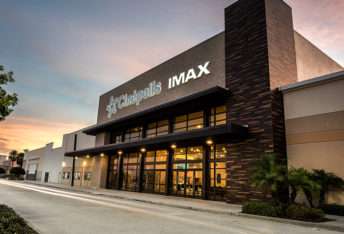 Izuminka will at the Cinépolis IMAX Theater in Davenport, FL.